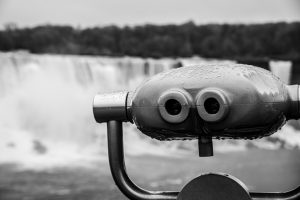 Right now, no one knows whether President Biden’s business tax proposals will become law. Which means planning for any changes is tricky.

Yet the proposed tax laws change vast parts of the Internal Revenue Code. Especially for entrepreneurs and active investors.

And then the real issue here: By the time we do know all the details? Your room to maneuver may be limited.

Given all this, entrepreneurs and investors want to understand now how Mr. Biden proposes changing the tax laws that apply to small businesses. And in this blog post, we focus on one part of the proposed change: how small business C corporation tax laws might change.

But let’s get into the details… and then let’s also talk briefly about what you might want to do soon to minimize the impact on your ventures.

In combination, these two tax rate changes bump the federal taxes some high-income small businesses pay by about 50 percent as shown in the table that follows:

To summarize, federal taxes currently take roughly 40 percent of a really successful C corporation’s business income. And Mr. Biden proposes taking as much as 60 percent of these businesses’ profit when the owners earn a seven-figure income.

Most small business corporations don’t operate as C corporations. And those that do, mostly don’t generate enough profit to pay all of the higher tax rates proposed. (Even the smallest profitable C corporation, however, will pay the new higher 28 percent corporate tax rate.)

However, if your small business corporation will get really hit? You probably want to talk with your accountant now about taking steps to reduce or even avoid some of the tax bump.

The one new rub with the Subchapter S option? While in the past, active shareholder-employees avoided the 3.8 percent net investment income tax with an S corporation, Mr. Biden proposes eliminating that loophole if the shareholder earns a high income.

But even so, an S corporation saves significant amounts of tax for high-income small business owners, as shown in the table that follows:

Roughly speaking, then, under the new proposal an S corporation might pay roughly a 35 percent tax rate. So actually less than it would have paid under current law as a C corporation.

A Technical Reminder for Tax Advisors

A quick sidebar to tax advisors and sophisticated entrepreneurs: A C corporation electing Subchapter S status may pay a built-in gain tax once it becomes an S corporation on unrealized profits from the years it operated as a C corporation.

The built-in gain tax rate equals the corporate tax rate. Because that tax changes from 21 percent to 28 percent under the Biden proposals, the timing of the S election matters here.

Mr. Biden explicitly proposes leaving the Section 1202 loophole in place while bumping the top capital gains tax rate to 39.6 percent. If a business owner operates a firm that can qualify for Section 1202 tax treatment and she or he plans to exit soon, temporarily paying higher taxes for a few years but then selling out without paying any capital gains taxes might save the most tax.

The Department of Treasury’s General Explanations of the Administration’s Fiscal Year 2022 Revenue Proposals (also known as the Greenbook) appears here.