You are here: Home / Business tax returns / Covid-19 Relocations and Your Tax Return 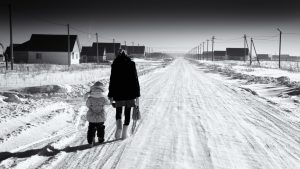 If due to the Covid-19 pandemic, you moved out of your usual neighborhood or community, that move may impact your taxes.

You may get some travel-related deductions in some special cases, for example. But you may also find yourself paying new state and local income taxes.

Accordingly, you want to  understand—at least in a general way—how the tax accounting works.

A first surprise to many taxpayers, for example? Moving to another state, even temporarily, may trigger new state income taxes if you earn income while in that new state.

Example: You work at Microsoft in Redmond. But the work-from-home policy lets you work from Missoula, Montana for much of the year. Montana gets to tax your income earned while you work from home in Montana.

A related concept: The state in which you’re a resident? That state also gets to tax you.

Example: If you move out of California and work temporarily from Montana,  Montana gets to tax the wages you earn while working from inside Montana. Because you still count as a California resident, California taxes all your income. However, California will adjust the taxes they collect on the Montana-sourced chunk of your income for the taxes you paid Montana.

How You Allocate Income Between States

An obvious question falls out of all this tax accounting: How do you allocate your income between different states when you work here and there?

The answer? Probably you don’t. Probably your employer does this. Your W-2 will show the chunks of wages you earned in your home state and in that other state.

We are aware, for example, that the big technology employers who’ve led the way in work-from-home practices? They reportedly have been very diligent about tracking where employees work, paying state and local taxes based on work locations, and then withholding appropriate amounts from employee paychecks.

Severing Residency from a State

The steps you take to do that, predictably, depend on the states involved. Do your research on this. Carefully. Fully.

And this awkward reality some will encounter this coming tax season. Usually, maybe always, you want to establish firmly residency in another new state as part of clearly ending your residency in your old state.

For example, you can’t necessarily escape a state’s tax laws with a move to Iowa. Or Ireland. The state where you’ve been living often continues to see you as a resident.

Note: The California Franchise Tax Board’s Publication 1301 Guide to Residency provides a bunch of useful examples as to how the country’s largest state sees residency. If you’re moving from California, at least check out the examples on pages 4 through 6.

But know that the rules from state to state work differently. Even if even so slightly. (See Virginia’s residency rules for their “domiciliary residents.”)

This comment based on our firm’s real work experience? States can take a very strong positions on someone still being a resident if lots of tax is involved.

A final quick question to ask and answer: Is there a way to deduct travel expenses if you moved?

For most employees, the answer is probably “no.” Tax law no longer allows a taxpayer to claim moving expenses, for one thing.

For business owners moving from one location to another, the rules get tricky. Business travel deductions require you to travel away from your tax home primarily for business reasons. So, you’d want to think about the specifics of your situation. For example, if you moved your business from an area where Covid-19 related restrictions prevented you from operating your firm? That might qualify nicely.

On the other hand, if you simply move out to the suburbs? Or want to “shelter in place” at the beach? That seems a stretch.

By the way, travel outside the United States is particularly hard to justify because of the way the tax law rules work. (Those rules appear here: Travel, Gift and Car Expenses. Note that Table 5-1, which appears about half way down this long web page, provides the most granular detail.)

And then a caution from the rules to highlight: If you do want to deduct travel expenses, be sure you faithfully comply with the documentation requirements. Congress and the Treasury set some very strict standards for recordkeeping. If you don’t comply with these requirements, you lose the deduction.

Note: We will be closed October 20th–26th