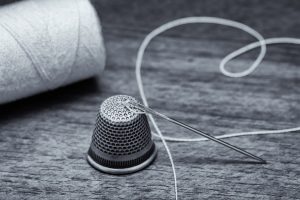 You may be able to avoid taxes on some or all of your PPP loan forgiveness.

The possibility exists for some small PPP loan borrowers. Specifically for sole proprietors and partnerships.

And the possibility exists in spite of the new revenue ruling and revenue procedure the IRS published a week or so ago.

The trick? You need to prepare the 3508 PPP loan forgiveness application in a specific way.

Interested? The paragraphs that follow explain how PPP loan forgiveness works. And then they explain why the way you prepare your forgiveness matters for your taxes.

The Logic of the 3508 Forgiveness Application

The PPP loan forgiveness applications (the 3508, the 3508EZ and the 3508S) document that PPP borrowers spent their loan proceeds on forgivable spending.

To get forgiveness for that $25,000 loan, a borrower needs to spend $25,000 on salary, wages, fringe benefits, mortgage interest, rent and utilities within a 24-week covered period, or “spending window.” A borrower also needs to spend at least 60 percent of the loan on payroll costs.

How the Tax Accounting Works

The PPP loan forgiveness triggers taxes, however. At least for many and maybe most borrowers. And in a backwards manner.

But a wrinkle shows up for sole proprietors and probably for partners in partnerships too.

Amounts that a sole proprietor pays its owner as replacement compensation doesn’t count as a tax deduction. No line appears on a Schedule C form or Schedule F form to deduct proprietor draws.

Furthermore, done right neither do amounts a partnership pays its owners count as a tax deduction. (The partnership tax accounting for PPP loans can get a little tricky, as discussed here.)

When you apply for forgiveness using the 3508 forgiveness application form, in most cases you look at your spending over the 24 weeks that follow you receiving the loan.

What a borrower wants to do? Load up the application with enough spending to receive full forgiveness.

But the tax planning opportunity you want to keep in mind?

Further suppose, that $10,000 of monthly payroll includes $5,000 of owner compensation replacement and $5,000 of employee wages and benefits.

The borrower can ask for forgiveness for all or some of the spending:

Let us also point out what might count as the possible worst case scenarios here. Because forewarned is forearmed.

Those earlier paragraphs also mentioned $10,000 of rent expense. And suppose the borrower also within the 24-week covered period “spending window” paid another $5,000 for mortgage interest and 5,000 for utilities.

In this case, the borrower spending on forgivable items totals $62,500, as shown below.

So that $62,500 of forgivable spending? Notice that the owner replacement compensation equals $12,500. Or 20 percent of the total reported on the forgiveness application

In this case, the 3508 forgiveness application also could show another $50,000 of spending. So, the other 80 percent.

The $64 question is, what tax deduction amounts does the borrower remove from its income tax return if the borrower reports all $62,500 of this spending on the 3508 form.

Another way to frame the question: How much of the $25,000 of forgiveness stems from the $50,000 of spending on employee payroll, rent, mortgage interest and utilities. Because that amount equals the lost tax deduction.

One might see an auditor or the IRS using a percentage. For example, the auditor might say, “Well, look, 80 percent of the spending reported on the 3508 form? You need to adjust your tax return deductions by 80 percent of the $25,000 forgiveness.”

Taxpayers and tax accountants may or may not get additional guidance from the IRS on how to handle this. Or at least not by the time accountants start filing returns in a few weeks.

Furthermore, you should have already spent your PPP money and need to prepare and submit your PPP loan forgiveness application now.

Accordingly, probably you do not want overload your 3508 with spending if you’re a sole proprietor or partnership. Rather, first put the owner compensation replacement on the 3508 form. You don’t lose a tax deduction for that spending. And then second pour just enough additional deductions onto your 3508 application form to receive full forgiveness.