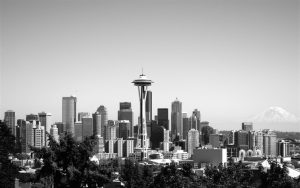 On April 24, 2021, the Washington State Legislature passed Senate Bill 5096. That bill enacts a 7 percent capital gains tax on some taxpayers’ long-term capital gains starting in 2022. Governor Inslee says he will sign the bill. Accordingly, individuals living or investing in Washington state need to learn how the law works. And also how to minimize its impact.

A caution? The new law burdens both the state and investors with surprisingly complicated rules…

Note: An awkward but important planning point: One can fairly assume the Washington State Department of Revenue will struggle to administer this new tax law as it learns how to apply complex federal tax laws for the first time.

For example, the new tax law provides a deduction for gains from the sale of most family owned small businesses as long as the owner actively operated the firm for the five years preceding the sale of the business and also materially participated in the business.

“Small” for purposes of this deduction means the business recognizes $10 million or less of worldwide revenue.

A heads-up warning here: A slightly complicated set of requirements exists for situations where two or three families (as opposed to a single family) own (or primarily own) the business.

But the standard deduction includes some wrinkles.

First, note that the $250,000 makes no differentiation between single and married taxpayers. Both get the same $250,000 deduction. (Further, the state treats domestic partners as married for purposes of the tax law.)

As an alternative to the standard $250,000 deduction, taxpayers can use up to $350,000 of charitable contributions to Washington state nonprofit organizations.

The new state law works a little differently for residents than for nonresidents.

Example 5: Another founder in the same Washington-based company referenced in Example 4 lives in Texas. He also realizes a $1,250,000 gain on the sale of founders’ stock in the Washington-based company. But he does not pay the 7 percent Washington state capital gain tax on this gain. Further, if he sells capital assets located in his home state of Texas and realizes another $1,000,000 of gain, predictably, Washington state can’t tax that income.

Note: A nonresident might pay the capital gains tax on tangible personal property he or she moves out of Washington state.

A Trap in Treatment of CarryForwards

Note that had the taxpayer from Example 6 been able to bunch her gains and losses in the same year, she might have avoided paying taxes entirely.

Will the new Washington state capital gains tax actually become law? Good question. In the past, state courts ruled income taxes to be unconstitutional. One probably wants to recognize the possibility this law ultimately gets discarded…

However, investors and entrepreneurs probably want to consider a handful of tax planning gambits–and soon–in case the courts accept the new law. And a variety of tax minimization techniques exist, including:

Which of these options make sense for a taxpayer? Or in a given situation? You want to confer with your tax advisor. Probably after tax season ends given this is at least the third major income tax law change your tax accounant has had to deal with this tax season.